Notice Regarding Visits and Rituals at Okamaden Hall.

We are closed on Fridays.
If you would like a ritual, please register by around 2 p.m.

Our shrine holds a special ritual called the Narukama Ritual. This is a ritual to predict if your wish made to Kibitsuhiko-no-mikoto will be fulfilled or not by the cauldron’s sound. The oldest written record of this ritual can be found in the diary of Tamonin temple which said on May 16, 1568, “There is a cauldron at Kibitsu Shrine in Bicchu. If you make a donation to the shrine and pray, the cauldron will sound. This is so rare and unique. The more your wishes are accepted, the higher the sound cauldron will make.” Based on this reference, it seems to have been so famous that people in the capital could hear about it by the end of the Muromachi period at the latest. It is well known that a tale of the supernatural The Cauldron of Kibitsu is included in Ugetsu Monogatari (Tales of Moonlight and Rain) by Ueda Akinari in the Edo period.

The Narukama Ritual has been held at the imperial court as well as some shrines since the Dynastic period, according to some documents. When a cauldron is heated to boil water, it sometimes makes sound. It is believed that because this phenomenon was found mysterious and supernatural and thus regarded as an omen of bad luck, people prayed for and conducted divination by the sound. It can also be considered that the yin-yang philosophy was applied to this ritual. 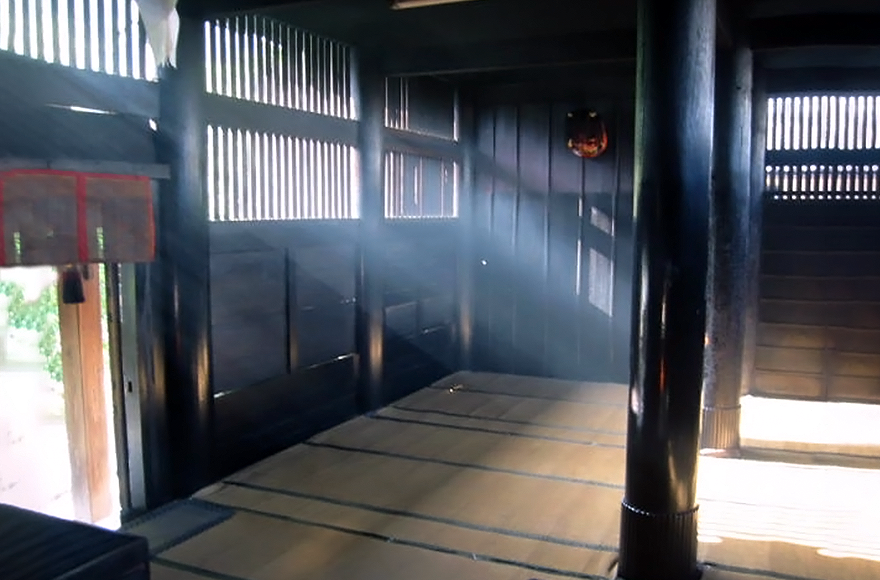 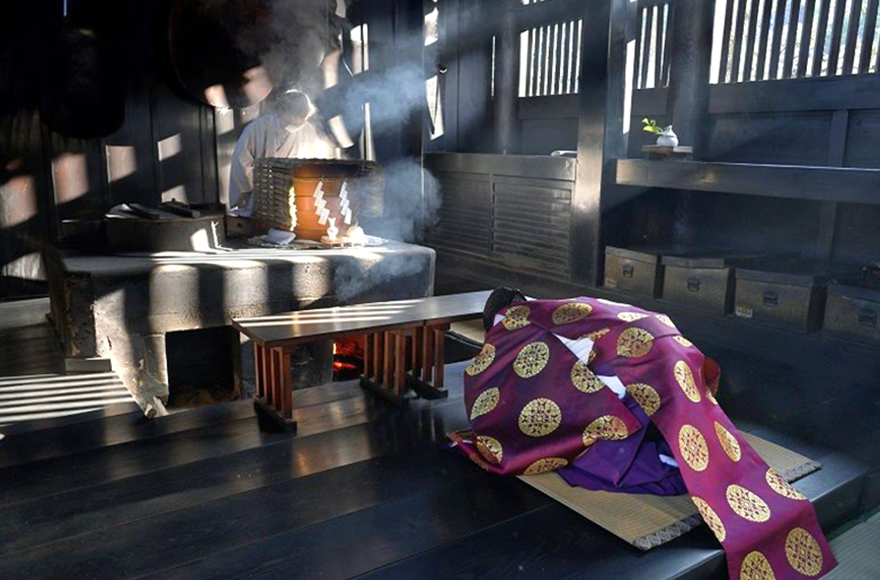 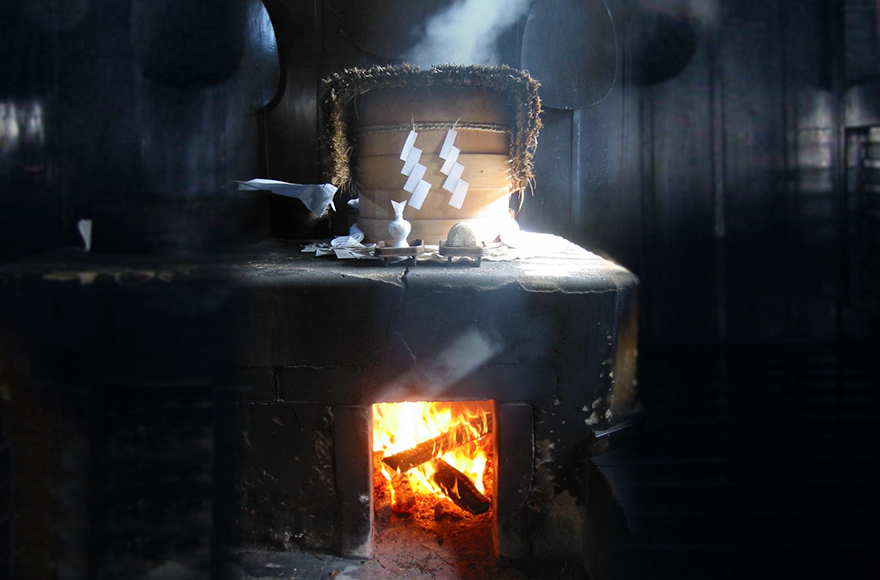 The origin of this ritual comes from the story that our shrine's kami (gods or deities) defeated Ura. Prince Kibitsuhiko exposed Ura's head to the public after beheading him. Ura's head mysteriously never stopped roaring and shouting. Even though he had his retainers feed the head to the dogs and turn it into a skull, it continued to roar. Then it was buried under the cauldron of Okamaden Hall, but the roaring voice never stopped and sounded even throughout the neighboring villages.

When the prince was exhausted with this situation, the spirit of Ura appeared in his dream and said, "Let my wife, Princess Aso, a priestess of the shrine in Aso, cook food at your Okamaden Hall. If something should happen to this world, please gather in front of the cooking stove. When fortune comes, a cauldron on the stove will sound beautifully. When misfortune comes, it will sound furiously. You, appear as a kami of miraculous power after leaving this world. I will be your first messenger to reward and punish people.” After the prince did as he was told, the roar ceased and peace was restored. This is the origin of the Narukama Ritual, which is still conducted as needed today.

The old woman who serves this ritual at the Okamaden Hall. is called azome, the same as the name of the woman who is said to have been loved by Ura. At the foot of Kinojo Castle was the village of Aso, and women from that village have served the ritual for generations. Casting works have been flourishing in this village since a long time ago. It used to be the duty and also the privilege of the casting workers of this village to replace the large cauldron of the Okamaden Hall when it broke or became old.

This ritual is conducted by two people, a priest and an azome. The azome fills the cauldron with water and boils it. On top of the cauldron is a bamboo steamer, from which steam is always rising. The ritual starts with enshrining a talisman in front of the cooking stove. The azome sitting across the cooking stove from the priest shakes the brown rice in the bowl inside the bamboo steamer as the priest recites ritual prayer. After a while, a sound like a demon's roar comes out and stops around the time the priest finishes the ritual prayer. The divination is done based on the volume and length of the sound coming from the cauldron, but neither the priest nor the azome say anything about the answer.